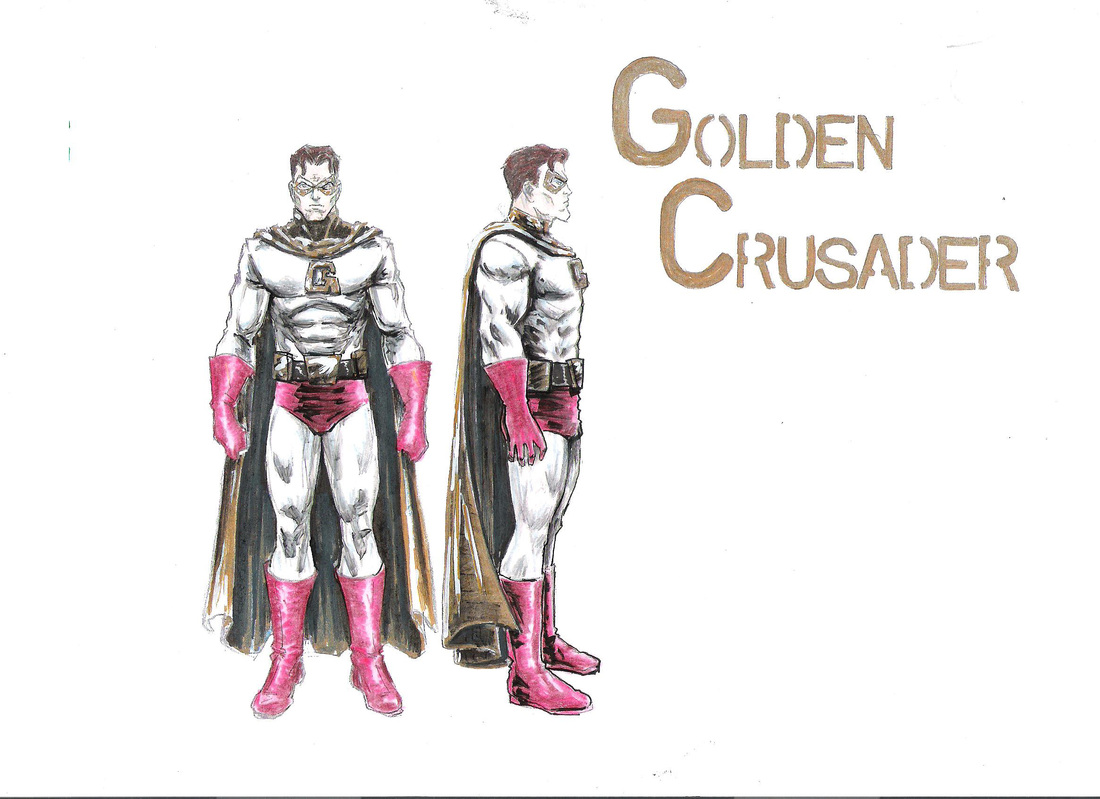 Legal status: Citizen of the United States with no criminal record

Base of operations: Mobile

Group of affiliation: None

Origin: Not much is known about the Golden Crusader’s past or how he received his superpowers.  But it is thought that exposure to alien meteor rocks during his research maybe responsible for his remarkable abilities. In the late 1930’s he was the first and mightiest of the mystery men who appeared on the scene to aid those in need. Sadly he lost his life in the line of duty and the superhuman community lost a great champion and friend.

TM & © 2020 vision  Alive studios all rights reserved
The artist reserves all reproduction rights. No work may be reproduced in any manner without the written consent of the artist